Yours Faithfully – St. Columba and the Loch Ness Monster

By Gareth @Saltbox Blog No Comments

In his latest ‘Yours Faithfully’ column, Saltbox Church Liaison Officer Tim Lucas explores Adamnan’s account of St. Columba’s encounter with the Loch Ness Monster and how the power of the cross can overcome sin. 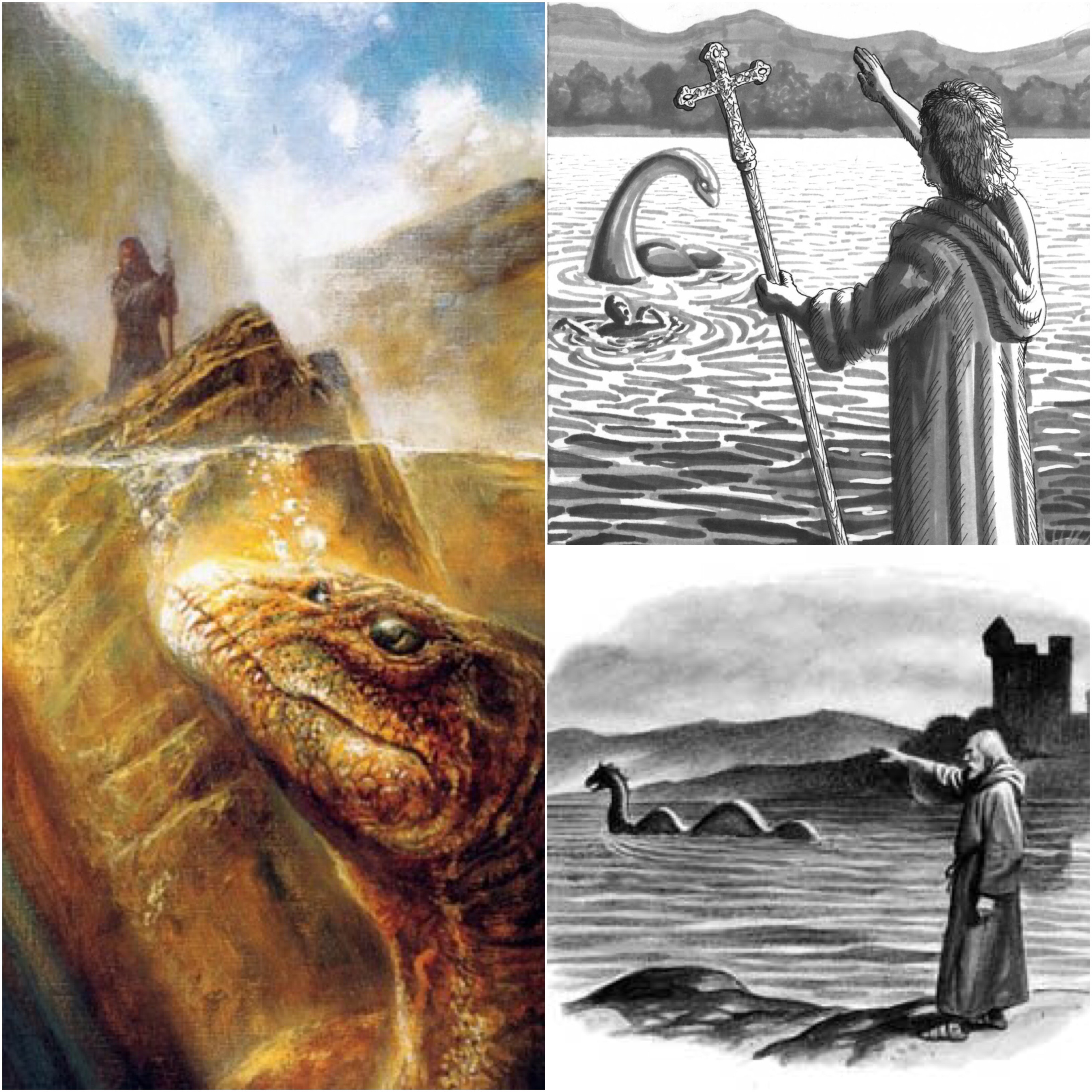 According to the biographical account of Adamnan, on this day in 565 St. Columba encountered the Loch Ness Monster. The story goes that Columba was contemplating how to cross the loch, when he saw some Picts mourning the death of one of their community. They spoke of how a great “water beast” had tried to eat the man, but they had managed to save him from its grasp, although unfortunately he was too injured.

In response, Columba did two things. Firstly, he placed his staff on the man’s chest and raised him from the dead, and secondly, he ordered one of his monks to go for a swim.

When the swimming monk raised the attention of the beast, the crowds at the side of the loch were hugely distressed. They shouted to the monk to swim back to safety, aware that the beast had surfaced and opened its mouth. But Columba remained calm. He walked to the edge of the loch, made the sign of the cross, and said, “You will go no further! Do not touch the man! Leave at once!” The Loch Ness Monster fled as if terrified, “more quickly than if it had been pulled back with ropes,” and was not seen for centuries after that.

While we could sit and debate the veracity of such a story, that may be approaching it from the wrong angle. For me, the question that arises from this story is not whether I believe the Loch Ness Monster to be real, but whether I believe in the power of the cross.

The leading New Testament scholar, Tom Wright, highlights that throughout the scriptures sin is written and taught about as though it is a living thing. It’s like it is a being that has found a way into the world and has set out to destroy, damage, and devour whatever it can. But when Christ was crucified, he took sin onto himself. Taking it further, Paul writes that Christ “became sin”. When Christ was nailed to the cross, God was punishing sin for all it had done.

You can, do doubt, see the link. Sin is like the great water beast of the Scottish loch, wild and untamed, and hugely destructive. That may cause some to panic and be in distress, but the message of the cross is that through Christ, we are able to say, “You will go no further! Leave at once!” and sin has to retreat.

I pray that, like Columba, you make Christ your focus. The issue for so many of us is that we focus so much on the beast that we forget the power that overcomes it.

Yours Faithfully – The World Is Much Better With You In It

Reaching out with a simple act of kindness can make a huge difference to those who are struggling in life. In his latest Sentinel ‘Yours Faithfully’ column, Saltbox Church Liason Officer Tim Lucas takes a look at the theme of ‘hope’ and an inspirational story taking place up in the North East of England. 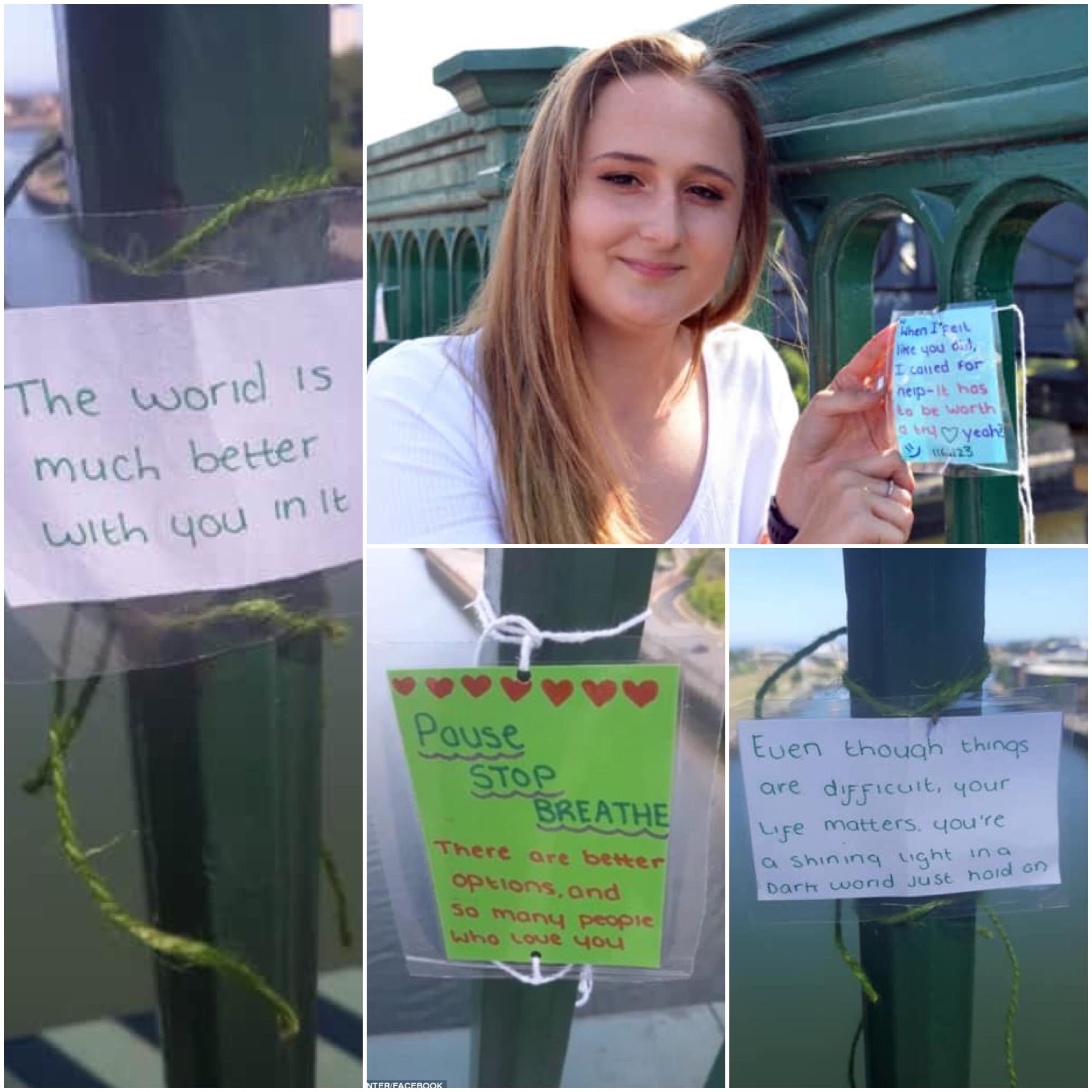 Last week, a teenager called Paige Hunter from Sunderland was given a commendation certificate from Northumbria Police. They described her actions as an “innovative way to reach out to those in a dark place”. The interesting thing is that her actions were remarkably easy, but have saved the lives of at least six people.

Hope is a profoundly resilient thing, and yet at the same time it can be a very hard thing to get a hold on. When a person is struggling with lack of hope, the world becomes an even darker, more difficult place, and breaking that cycle by oneself is a near impossibility.

There is a story in the Bible of a man named Job. His story is complex and interesting, but the simple outline of it is that Job is massively afflicted with family deaths, loss of everything he owned, and suffering with terrible disease. At one point he asks, “Who can see any hope for me?” That is quite a telling question.

Those among us who are enduring the most difficult of times often cannot see for themselves a way out. For them, the pain feels like it will last forever, the affliction seems like it will never end, and the sorrow appears to be bottomless.

In those times vision can be obscured, and it can feel like there is never going to be an end to all that they are experiencing. In those times, they rely on someone else’s eyes, someone who can “see hope for them”. And in seeing hope, to do what they can to give it to them.

The actions of Paige Hunter shows that all it takes to inject some hope into a person’s situation is one moment. There is a moment between a person having a destructive thought, and following that through. It is often a very small window of time, but hope is powerful and does not need a huge amount of time to make the strongest of impacts.

The actions of Paige Hunter shows that all it takes to inject some hope into a person’s situation is a simple sentence. Words of affirmation and encouragement, even between strangers who do not know each other’s situations at all, go a long way. It may be the only encouraging words they have heard that day, or it may be the same as they have heard but said in a different way; but either way they are vitally important words to say.

Are there people you know who need to use your eyes to see hope? Are there simple ways in which you can create moments of hope that will benefit others?

Are you struggling? Does life weigh down upon you? Please pause. Take a moment. Breathe. And perhaps one of Paige Hunter’s messages will help you today: “Even though things are difficult, your life matters; you’re a shining light in a dark world, so just hold on.”

The world is better for having you in it.