In his latest ‘Yours Faithfully’ column for The Sentinel, Saltbox Church Liasion Officer Tim Lucas looks forward to Sunday’s Pentecost celebration while reflecting on the Holy Spirit, new life and restoration. 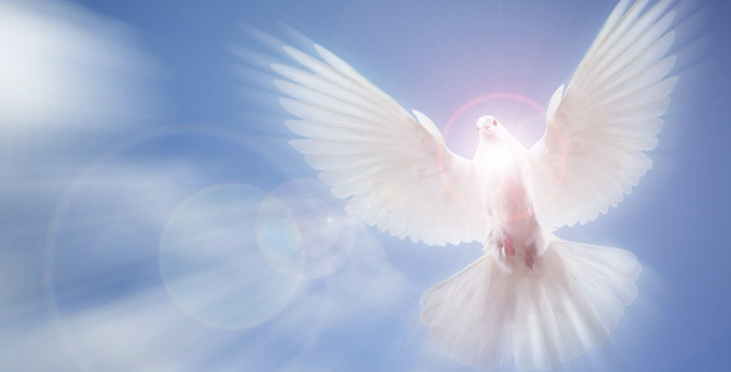 This coming Sunday, Christians around the world will celebrate Pentecost, when the very first Christians experienced the power of the Holy Spirit. The account in scripture says that at the end of that day, three thousand people became followers of Jesus.

The number 3,000 is worth some consideration.

In 4BC, there was a terrible massacre in Jerusalem. It was Passover time, and a crowd had gathered in the temple, but they had become unruly. The then ruler, Herod Archelaus, had entered the temple sat on a golden throne, and had appointed his own high priest to oversee the temple proceedings. Unhappy with the choice of high priest and the blatant blasphemy, the crowd began to rebel.

Archelaus could not regain control of the crowd, and so he resorted to violence. He sent his soldiers to slaughter them, and that day three thousand people were killed in and around the temple grounds.

This tragic demonstration of power would still have been in people’s consciousness at the time of Pentecost. It was a mere 30 years earlier. Some of them would have been alive at the time of the massacre, and may even still have talked of it often and sorrowfully. 3,000 was a painful number.

On the day of Pentecost, the people of that area hear a group of people talking in different languages about something they have termed The Good News. (The idea of languages at Pentecost is also worthy of some thought by itself.) This good news resonates with them. It is the good news that God has raised Jesus from the dead, and is now in the process of raising the whole of creation from the dead.

The message is spoken, and a new way of living – or a new life – is offered to the people. The number that is recorded as having positively responded to this message is three thousand.

Where people have lost, where they have been overpowered, where they have no hope, where they are broken and weak and poor, a great power is offered to them. It is not an oppressive power, but a freeing one. Christianity is the story of restoration and renewal coming into the world, beginning with the marginalised, ostracised, poor, weak, and overlooked.

That is really what Pentecost points us towards. When we experience the Holy Spirit, we will be stirred with an invitation to take part in this great act of restoration. It means that we don’t just receive ‘new life’ as an ambiguous term, but we receive it as a new way of life, a new way of living. The old has gone, and all things are made new, and we play a part in that.

Perhaps this Sunday you might think about things that need to be made new. What things are you aware of that need to encounter true and lasting restoration? If you feel a stirring from within to act upon those thoughts, then you might well be experiencing the Holy Spirit. Follow the stirring and see where it leads.