If you think that there’s a ‘typical’ CareLink client – think again! We befriend people from many backgrounds, of all ages over 65 and with varying comfort levels around socialising and a huge range of experiences. Here are four of our friends who prove that no two people have the same needs. 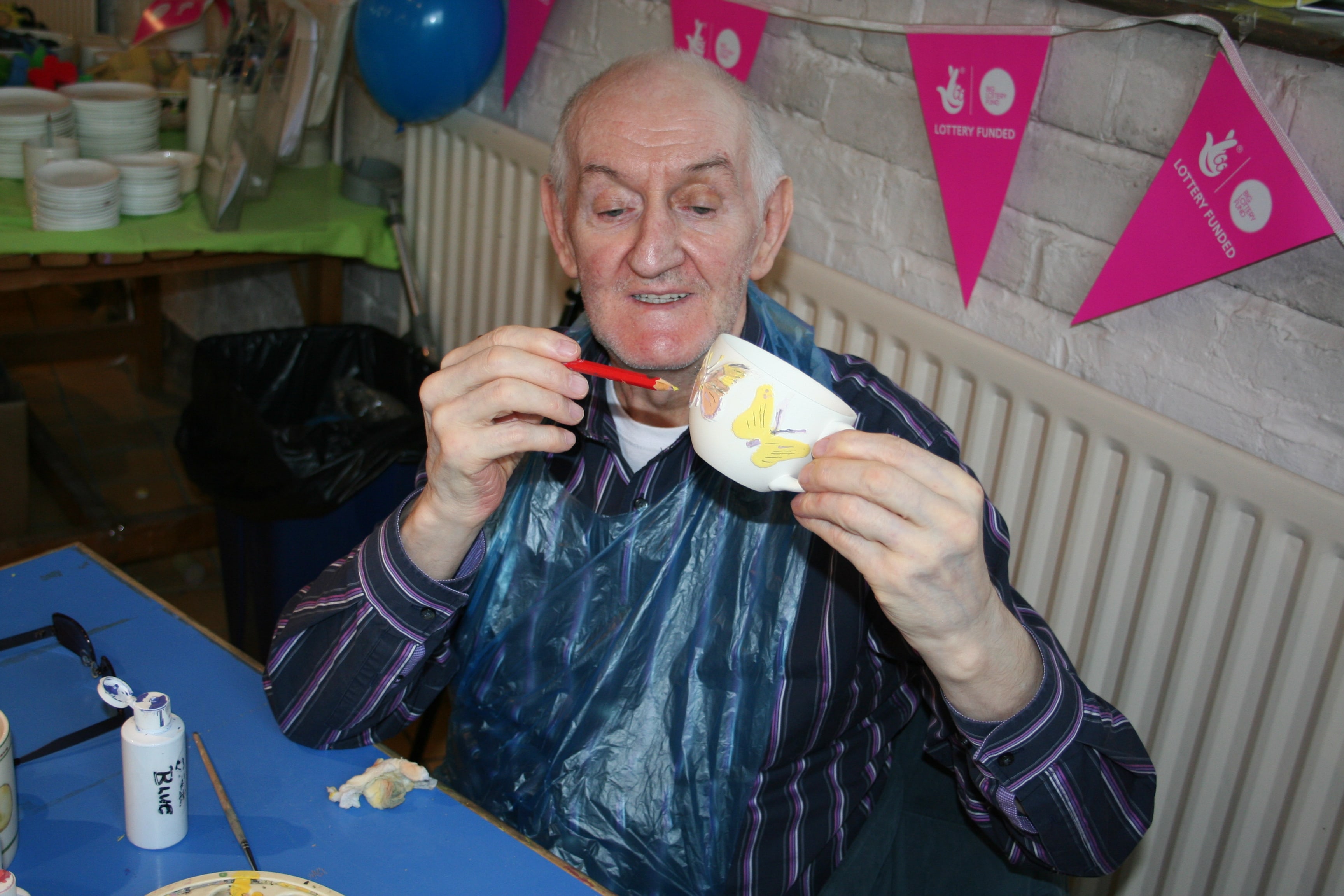 A trip to Royal Stafford – the beginning of Jeoffrey’s road to friendship!

When Jeoffrey’s wife sadly passed away, he struggled to come to terms with his loss and was referred to CareLink. Admittedly, Jeoffrey had never been a big socialiser, so his grief became compounded by loneliness. Like many people in his situation, Jeoffrey found that he didn’t know where to begin building new relationships and avenues for friendship, having spent so many years with the same constant companion.

Since joining the CareLink service, he has found it extremely helpful in many ways. The biggest impact was coming on our trip to Royal Stafford in Feb 2017. Despite his nerves, Jeoffrey got chatting to another client on the minibus who had been through a similar experience. Just having that informal chat with somebody else who knew first-hand what he was going through made him feel less alone. That day opened his eyes to the possibility of beginning a new chapter in his life with something that he could look forward to.

Within six months of being in the CareLink service, Jeoffrey moved into sheltered accommodation. Today he attends social events during the week and is shortly going on his second holiday with new found friends. His confidence has grown and he now looks forward to meeting and talking to new people, and seeing different places. He is no longer feeling isolated.

Angela isn’t elderly. In fact, she’s in her early fifties. Despite her relatively young age, and the fact that she has a family, Angela has still become socially isolated. This follows on from a long period of anxiety whereby leaving the house and facing situations where she is expected to interact with others, in particular strangers, had become fraught with panic and almost impossible for Angela.

She began receiving CareLink calls as a way to build her confidence talking to others without the perceived dangers of leaving the safety of her home environment. After building trust with the volunteer who called her regularly, Angela bit the bullet and attended our first visit to Gladstone Pottery Museum. She faced many fears to be able to leave her local area and mix with other people, using a coping strategy that worked for her of keeping to the edge of the group and holding her mobile phone.

By the end of the tour, Angela reported feeling more relaxed and said that she had enjoyed herself. She said she felt proud of herself and had only agreed to go because she felt that she could trust us not to pressure her into anything that would make her feel too uncomfortable.

On the back of this success, Angela now helps out at a local shop serving customers and is looking forward to future trips with CareLink. 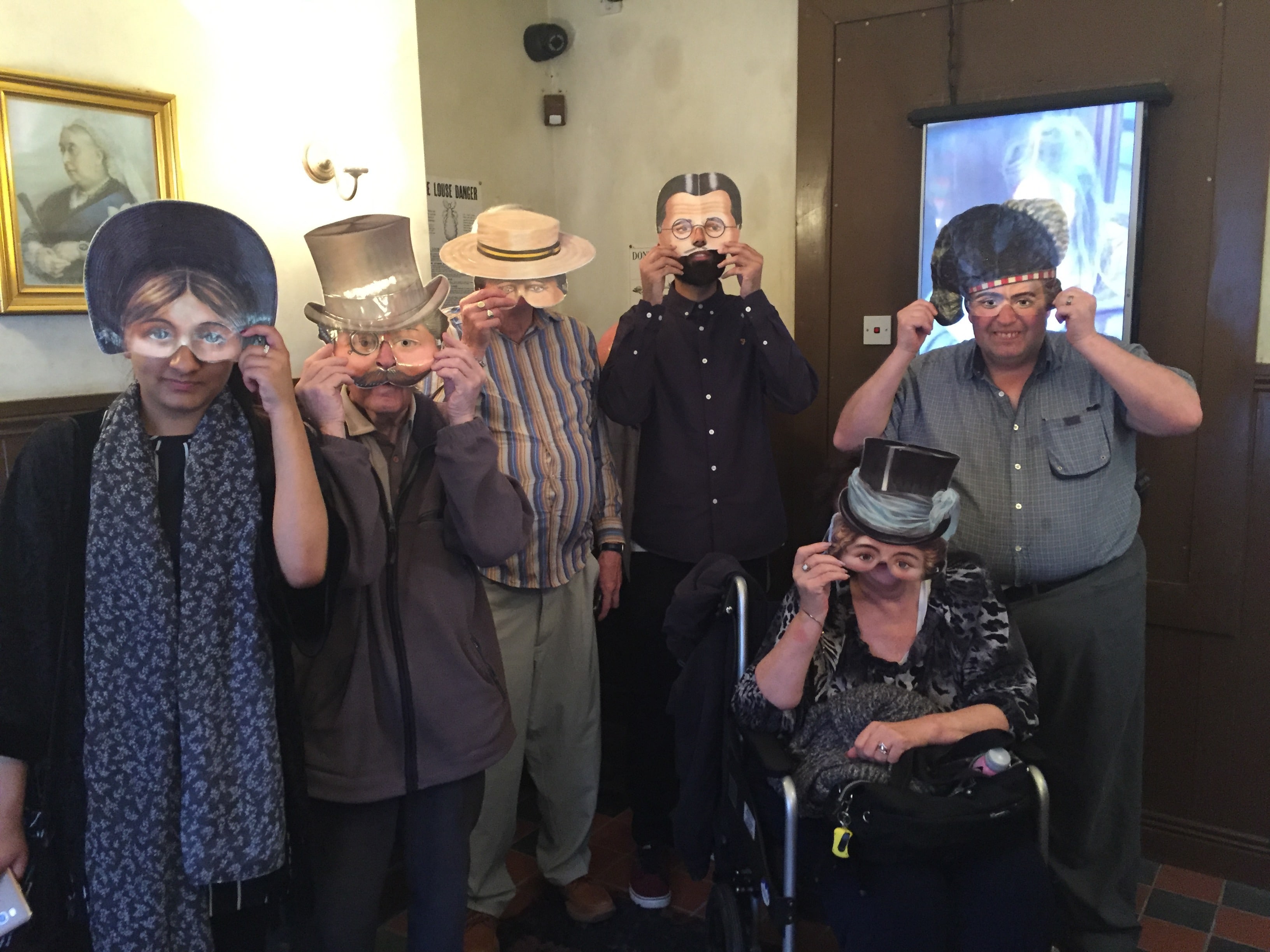 Angela joined us on a trip to Gladstone Potteries Museum

* CareLink has partnered with Trading Standards’ Friends Against Scams campaign to become registered SCAM Champions. For further information on safeguarding against scams or becoming trained as a Scam Champion, visit our USEFUL INFORMATION page or visit www.friendsagainstscams.org.uk

June is in her early 70s and lives with her husband. She has ongoing struggles with anxiety and depression, as well as asthma and COPD. The Community Psychiatric Nurse (CPN) who supports her when needed referred her into the CareLink service as a way of reducing anxiety and to make sure that somebody was keeping an eye on her many welfare needs.

During the initial assessment, June’s husband expressed concern that she had overdue appointments at the memory clinic, which she hadn’t attended due to her anxiety about leaving the house. CareLink staff liaised with the clinic, CPN and GP to clarify that she didn’t need to stay with the clinic but could ask the GP for a referral as and when she felt she needed more help. This provided clarity and reassurance to her and her husband and was one less thing to be anxious about. It transpired that June had also been missing Warfarin injections to thin her blood due to the same issue. CareLink stepped in to support June to an appointment at the relevant clinic where it was established that she could take her medication in tablet format which works much better for her.

After being with us for only a short amount of time, June and her husband were the unfortunate victims of a scam. They were reluctant to contact the police, but her husband was so distressed that he was expressing suicidal thoughts. With June’s permission, we contacted the police who agreed to help them to resolve the issue, while our volunteers’ calls kept them feeling supported emotionally. *

We are working with June to build up her confidence to a point where leaving the house isn’t such an insurmountable obstacle for her. We hope to see her mixing socially on one of our trips very soon. 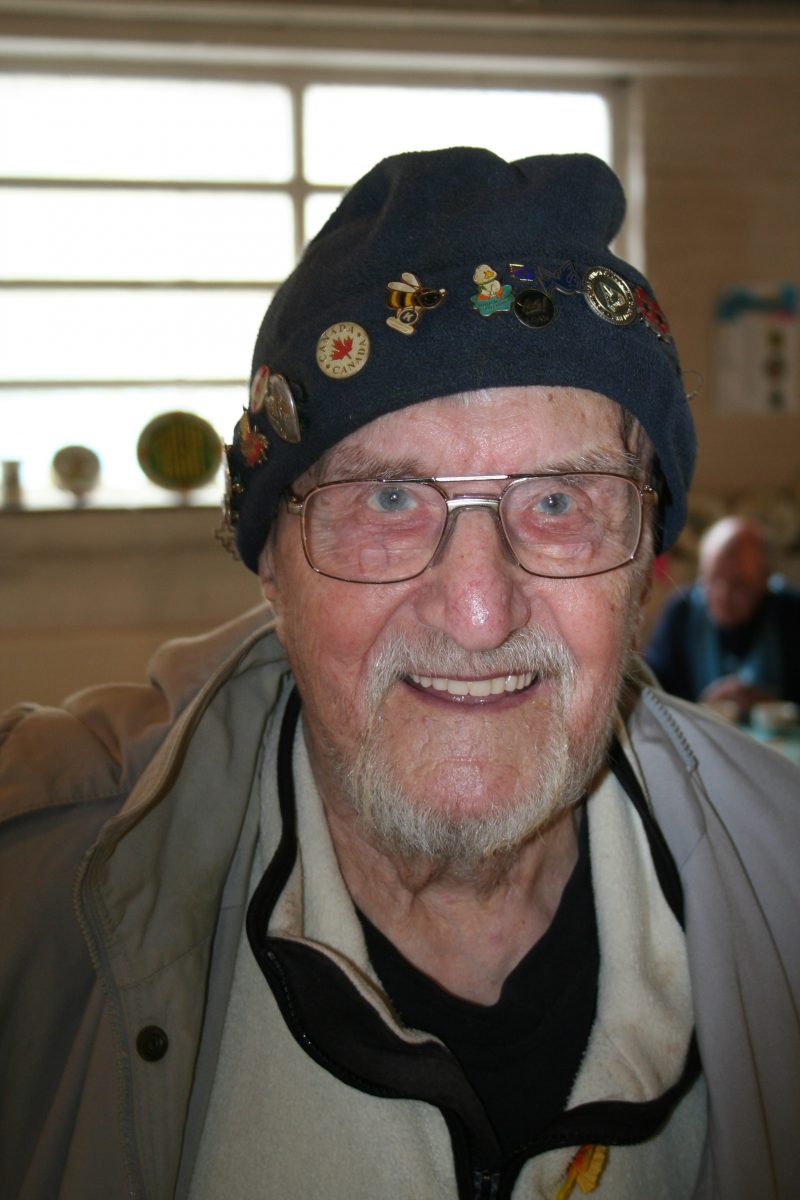 Leslie has been on a few trips with us. “It puts a big daft grin on my face!”

Leslie is a 93-year-old man who until last year was very independent, despite having received several cancer diagnoses over the years. He has had a varied professional career and has led a very active and interesting life. Leslie is a real larger-than-life character who loves socialising and is always ready with a story about his days in the navy.

However, last year he suffered a stroke, meaning that he can no longer drive or go out by himself due to mobility and sight issues. This has been a real upset to Leslie who has always been so self-reliant and active.

Leslie has two children, although one has serious health issues and the other lives some distance away. His granddaughter offers some support but has a busy and demanding job so is limited in what she can offer on a regular basis. Therefore, Stroke Association referred Leslie to us as he was really struggling with his mental health due to this newly enforced loneliness and isolation.

During assessment we looked at many aspects of Leslie’s situation and contacted other services where necessary to make sure that he had support in place to help him with practicalities such as running his home and shopping.

Always one for mixing and being sociable, after Leslie attended his first heritage trip he talked about it for weeks after to the volunteers! On a subsequent outing he struck up a friendship with another service user; they swapped numbers and have since been supporting each other by phone.

Such is Leslie’s legendary status as a raconteur, he was asked to talk about CareLink on BBC Radio Stoke. During the interview, he said it made all the difference knowing that someone cared and was interested in how he was doing. He knows that if he has any problems he can contact us, we will help, and that greatly reassures him.

If you know someone over 65 who struggles with social exclusion, search our community directory map for events, groups and services that can help nearby.

There are many ways you can make a difference to older people who live near you, from volunteering to make phone calls to organising activities.

Help us help older people struggling with life’s challenges alone by donating to CareLink. Click to visit our donations page.